9 Historical Arabs who Traveled the World by Yasmil Helal is an inspiring read. It is thought-provoking to learn these adventurers preceded or assisted the European explorers

that we study in Western education.  Seems to me that we need a new history curriculum… Fundamentally, these adventurers were seeking knowledge rather than economic exploitation.  I wish I could find the books they’ve written….

Yasmil writes  “Here are some of the Arab travelers whose pursuit of knowledge had no limits.” 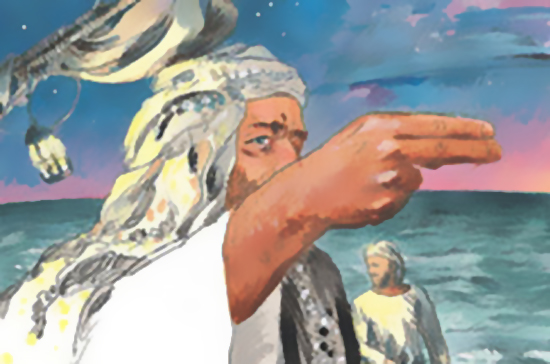 Born in the early 1430’s, the exact birthplace of Ahmad Ibn Majid is not clear, with some sources citing Oman while others citing Ras Al Khaimah in the United Arab Emirates.

In the West, Ahmed Ibn Majid is best known as the guide that led Vasco da Gama to find his way from the east coast of Africa to India around the Cape of Good Hope.

The judge, botanist, and geographer Abu Abdullah Muhammad Ibn Battuta was born in Tangiers in 1304. You probably heard this name numerous times before. In Dubai, the Ibn Battuta Mall revolves around his work and travels.  Three decades saw him travel as far away as India and China, the Volga River valley, southern Tanzania, and Sri Lanka. The distance he traveled makes the achievements of predecessors such as Marco Polo seem meager at best. He later compiled his great works in a book called Rihlah, or journey.

Yes, I know # 5 is missing.  Maybe a mystery adventurer… possibly a woman?

This website is my personal site for The KCB - Kathryn Chang Barker - kcbarker_adventurer. It combines all my travel and commentator websites and blogs. My professional website for DrKCB's ePortfolio is www.FuturEd.com. View all posts by kcbarker photoblogger